We’ve made improvements to the athlete selection screen, making it easier to find the athlete you are looking for when interacting with the Kiosk app. You can now chose to order athletes by their first or last name, as well as use the alphabetical scroll bar to scroll down to the relative letter in the alphabet for quick access to an athlete. 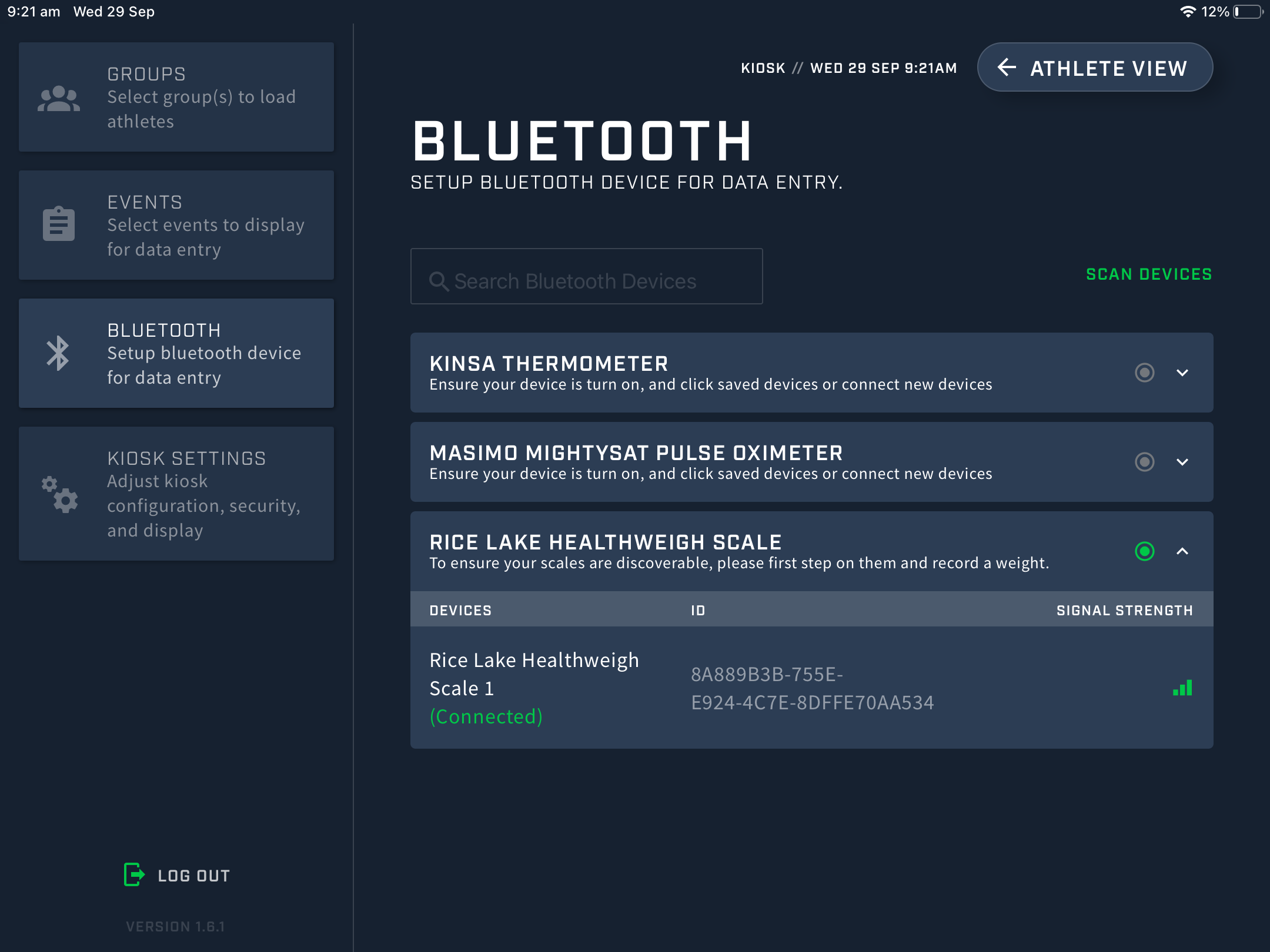 We’ve made some improvements to the Bluetooth functionality and user experience in the Kiosk app, including a new settings screen for connecting to Bluetooth devices. The new screen allows you to scan for devices, connect to devices and save devices for future use. Text assistance is also provided for connecting to certain device types. Devices can remain connected, regardless of the event form being used.

In the last release notes, for version 1.6 of the Kiosk app, we announced: